Chapter 291 – Within the Anāsravāṃ Temple

“The brat has joined the school of Novels?” Wang Pushi was taken aback in surprise, doubting his ears.

Hua Chengzan told him the entire story with a bitter smile. Gu Yanying originally wanted him to take care of him, yet he ended up in the school of Novels under his care. Hua Chengzan had no idea how to explain this to her the next time he met her.

Wang Pushi let out a sigh. “Zhou Tong has gone too far this time. Whatever, he reaps what he sows. Tell the brat that if he copies Liu Chuanfeng and writes those dirty novels, I’ll expel him from the Hawkwolf Guard.”

Hua Chengzan said, “School leader Liu has already invited all the school leaders to Contention island to discuss this. You’d better go too!”

After Wang Pushi left, Hua Chengzan turned around and made his way through the door. Almost a hundred new disciples of legalism sat straight in the hall.

Hua Chengzan made a gesture for everyone to settle down. “Don’t be nervous, everyone. This isn’t the school of Confucianism. There aren’t so many customs and rules. We’ll all be seniors and juniors in the future. I’ll be your first senior brother, Hua Chengzan.” He bowed slightly in an easy-going and graceful manner, enough for people to admire him.

Everyone returned the gesture in a hurry. They felt much more relaxed now. Hua Chenglu’s eyes even lit up. Now this was her elder brother.

Then Hua Chengzan said sternly, “The school of Legalism may not focus on so many unnecessary and overcomplicated gestures of mere courtesy, but we do have rules, and these rules are the law. If your actions in the school of Confucianism defy etiquette, then you will be criticized and be forced to correct yourself. But here, there is only punishment!”

“There’s no point in hiding this from you. I’ve tried a few of the punishments of the school of Legalism. There are floggings, beatings, whippings, lashings, as well as water prisons, darkness prisons, fire prisons, and so on. They don’t feel too bad. Among them, I sincerely recommend whippings. If there are female disciples that must be punished, I’ll consider personally carrying out the punishment myself.”

Hua Chengzan wiggled his eyebrows with a smirk, leading to a hall of laughter. The nervous atmosphere vanished completely. The men smiled with understanding, while the women became slightly furious from embarrassment. However, who could help the fact that this renowned young master Hua was a handsome romantic?

The primary disciples played an extremely important role within each school. Many of the times, they would serve as representatives of the school leader.

Li Qingshan descended on his cloud and arrived outside the stūpas. Two monks in grey robes appeared in a flash. “Who are you? What brings you here?”

Li Qingshan stated his origins and his intentions.

However, when he said that he was the primary disciple of the school of Novels, the two monks glanced at one another before looking back at him. They looked at him like he was a rare creature as they smiled strangely.

Only when they heard Xiao An’s name did they grow serious. They had not left Anāsravāṃ island, but they had heard about what had happened on Contention island from the new disciples. This junior sister Xiao An of theirs definitely held a significant position in their master’s heart. Probably even their first senior brother paled in comparison.

“Please come with me, sir.” said the older monk on the left with his palms brought together.

The monk brought Li Qingshan through the stūpas, arriving outside an independent monastery. He had Li Qingshan wait outside as he went into the monastery, whispering in front of the meditation room. “First senior brother, a person called Li Qingshan has come. He claims to be the primary disciple of the school of Novels. He has come to see junior sister Xiao An.”

The main door to the meditation room opened up, and a fat monk emerged, smiling from ear to ear like a smiling buddha. However, when he heard Xiao An’s name, a cold light flashed through his eyes. He ignored the monk and made his way out of the monastery by himself. He saw Li Qingshan waiting at the entrance and asked, “Are you Li Qingshan?”

Li Qingshan bowed. “That’s me. May I ask for your dharma name, senior brother?”

Enlightened Mind studied Li Qingshan and saw how he was only at the sixth layer, so he showed much contempt. You say that you’re a primary disciple with just this measly cultivation, wanting to stand on equal footing with me? He said indifferently, “Enlightened Mind.”

Li Qingshan frowned slightly. He was at a loss as for how he had offended him, but he asked patiently, “May I ask where Xiao An is? Please lead me to her, senior brother.”

“Master has gone to Contention island to meet with the other school leaders. Before he left, he told me that junior sister Xiao An is currently in seclusion and that no one should disturb her, so please go back, sir!” When he heard Xiao An’s name, fury rose up in his chest once more. He became ruder as well.

He was not bold enough to argue back. He put on an act that he deeply regretted his actions, punishing himself by reflecting on his actions in front of a wall. Only then did he earn the One Thought master’s recognition. However, it only made him even more furious. He knew he could not get back at Xiao An, or his master would never spare him. Now that Li Qingshan had come knocking, and he seemed very familiar with Xiao An, he obviously would not let this opportunity slip considering he was also under his master’s orders. He would properly vent his anger.

“If you won’t take me to her, then I’ll go find her myself.” Li Qingshan could not be bothered with dealing with him. No matter how busy or occupied Xiao An was, she would still see him. Even if she was in seclusion, she would still notify him.

Enlightened Mind’s face sank. He blocked Li Qingshan’s path with a flash. “Didn’t you hear what I said? How can I allow you to trespass on the peaceful land of buddhism?”

Li Qingshan said in irritation, “As a primary disciple, I can move about freely even if I’m on other islands, so how is it trespassing? Baldy, I’m showing you some respect for the One Thought master’s sake. Don’t take it too far!”

“I’ve never heard of a person like you in the academy. Who knows if you’ve just stolen your set of clothes, wanting to hatch a plot against our school of Buddhism. As the primary disciple of the school of Buddhism, I must follow my master’s orders and protect junior sister Xiao An. If you want to see her, you’d better get through me first!”

He drew a shining monk’s spade1 and held it before him.

Apart from the school of the Military in the Hundred Schools of Thought, the school of Buddhism had many methods for Body Practitioners too. Those who practised both qi and the body were known as warrior monks. His posture was extremely proper, while his bearing was powerful. The monk’s spade kicked up a gust of wind, causing the leaves on the tree to fall down.

Li Qingshan immediately felt a powerful pressure. It even surpassed Wei Zhongyuan’s. While buddhism was about benevolence and sympathy, they had plenty of techniques to purge demons and daemons. He was also a tenth layer Qi Practitioner, but he could not be compared to someone from a sect that did not focus on combat like the Sect of Clouds and Rain.

However, the last thing that Li Qingshan feared was pressure. He raised an eyebrow, about to let loose, but he soon remembered the fact that this was still the territory of the school of Buddhism after all. Xiao An would still have to cultivate here, so offending this primary disciple would probably be detrimental to her. As a result, he withdrew his true qi.

Mind Enlightenment saw how Li Qingshan was afraid, so he showed even more contempt. And I had thought you were actually going to clash with me. Turns out you’re just a coward putting on a front. “The pure land of buddhism is not a place where you, a dirty novelist, can run amok. If you have your wits about you, you’d better leave quickly. Don’t come back.”

Li Qingshan gritted his teeth. He raised his hand and tapped the thumb ring gently. “Xiao An, where are you?”

Xiao An’s delighted voice immediately rang out from there. The two of them conversed a little. As it turned out, Xiao An was not in the Anāsravāṃ temple; this temple was where monks cultivated. To the south of Anāsravāṃ temple was the Pure Moon nunnery. An old nun who worked as a professor in the academy served as the abbess, responsible for guiding the female nuns.

Li Qingshan said to Mind Enlightenment, “You’re not letting me go find her, so surely there’s nothing you can say now that she’s coming to find me!”

Mind Enlightenment furrowed and raised his eyebrows. His plump face immediately became slightly fierce. He swung down heavily with the hefty monk’s spade in his hand. “Begone, vile being!”

The various school leaders all set aside their matters at hand and gathered once more on Contention island to discuss the matter of the school of Novels. It was the same room as last time. It seemed even darker in there, while the atmosphere was slightly heavy too.

Liu Wenchuan’s disgraceful, obscene novels had already crossed his bottom line a long time ago. Obviously, he had also played a role in the decline of the school of Novels to a point where they did not even have a primary disciple. He believed that the school of Novels would definitely be abolished after this entrance exam, but who would have imagined this to happen?

He had already promised the Cloudwisp island to someone else, along with the identity of the leader of the school of Painting. The future leader of the school of Painting had already promised him many benefits that interested him, but now, all of his plans had fallen apart. He felt indescribably annoyed, so he could not help but grumble about the slovenly daoist priest a little.

The various school leaders had grown unhappy with the slovenly daoist priest’s behaviour a long time ago, so they used this opportunity to erupt. They all blamed him.

The slovenly daoist priest would never just sit back and accept the blame. He immediately cursed each and every one of them individually, turning the meeting into a mess. He ended up becoming carried away, placing a foot on the table and rolling up his sleeves. “Come, come, come. If any of you don’t like what you’re hearing, you can come at me together. If this lowly priest is afraid of you all, then call me a bald ass.”

“Amitābha, I haven’t said anything this whole time, ox nose, so quit taking digs at this lowly monk.” This time, the One Thought master had said nothing in this meeting. He did not care about the fate of the school of Novels. All he cared about right now was Xiao An.

At this exact moment, a message rang out from the tablet on the One Thought master’s waist. “Oh no, they’ve begun fighting, abbott.”

“Who has begun fighting with who?”

When the school masters heard Li Qingshan’s name, they all gathered their focus. Right now, he was the source of all their problems, as well as the key to dealing with the issue of the school of Novels. 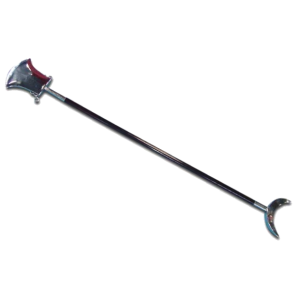 3 thoughts on “Chapter 291 – Within the Anāsravāṃ Temple”